I first read Amanda Palmer’s The Art of Asking while I was going through my divorce. The marriage had been a good one. I never once felt afraid to ask my ex-husband for anything, whether it was sexual, practical, or personal. I told him everything. I’d asked him to marry me, and I’d asked him for the divorce. He said yes both times.

But despite my ability to ask for things when the asking felt safe, I found myself incapable of asking for help in my daily life when the asking felt more dangerous. When it came to asking for directions, I couldn’t be bothered. (I once got lost on a Kentucky road for over an hour, driving back and forth past holler and highway, arriving ridiculously late to dinner). While working as a tutor, I couldn’t bring myself to ask for a raise for years, despite the fact that clients called the tutoring company specifically asking to work with me. And during the same period of time, I didn’t know how to ask for help about my depression, choosing to go it alone and self-medicate. More crucially, I have had trouble asking for forgiveness, choosing to contort myself financially and spiritually, rather than asking for love and grace. Amanda Palmer’s The Art of Asking is a humane exploration of why we have so much trouble asking for help, and why asking is essential to the formation of intimate relationships.

After reading Amanda Palmer’s The Art of Asking, I wish I could say it transformed me into a person capable of asking for anything, the kind of person who believes she deserves good things in her life, a person readily able to accept rejection, the everyday no, but the truth is that I’m as terrible as ever at asking for help when I need it, and I’m as terrible as ever at asking for what I want. So, in seasons of change, I return to The Art of Asking.

To ask for something, you need to know what you need.

To ask for something, you need to believe you deserve what you are asking for.

To ask anything of anyone is to take a risk.

And so, The Art of Asking is, as Brené Brown writes in her introduction “a book about cultivating trust and getting as close as possible to love, vulnerability, and connection. Uncomfortably close. Dangerously close. Beautifully close.” To ask anything of anyone is to risk intimacy.

The act of asking precludes the possibility of safe distance. Palmer writes, “Asking is, in itself, the fundamental building block of any relationship.” We ask for help. We ask to learn who we can trust. We ask because “underneath it all, these questions originate in our basic, human longing to know: Do you love me?”

For years, I hid the darkest truths about my life from the people who could help me, until the dark truth of it couldn’t be hidden, until it spilled out all around me.

It’s ironic that I was literally hiding when the truth became apparent, at least to me. I hid in a bathroom while the boyfriend I thought loved me raged through the house, breaking things, breaking us. I was scared. I knew I needed help, but I didn’t know how to ask. I didn’t know who to ask. I texted a domestic violence hotline and couldn’t bring myself to tell the stranger on the other end of the line what was happening. I hadn’t asked for help in so long, I didn’t know how to do it. I’d never been in a relationship where asking was not permitted. I had learned through his violent outbursts, broken objects, and through my own broken skin that I wasn’t allowed to ask for anything.

A few weeks later, I finally found the words to ask for help, first asking his mother, then my therapist, and again, the strangers at the domestic violence hotline.

No one could give me an answer, but for the first time in years I felt held.

So much of what happened couldn’t have happened without male entitlement. I let a man manage my life and I stopped asking for anything. I stopped believing I deserved anything save what he gave me freely. I was leagues away from real intimacy.

Here’s a thing I noticed while walking my dog in Waikiki. Women almost always ask me before they pet my dog, while men only ask half the time. Most of the time, they just reach out and touch her. This isn’t a trivial fact. Men are trained—enculturated to take what they want, and they expect to get it. Women are trained to ask—and to be grateful for what they have been given. It’s a subtle difference but it makes a big difference in what we end up getting out of life.

I’ve been thinking a great deal about those men who touch my dog without asking, the ones that take without asking, not because this says anything fundamentally true about the men who reach out to pet my dog without first asking permission (I’m sure most of them are lovely people), but because it says something fundamentally true about the nature of our culture, about men and women, and about those who feel they have permission to ask for things and those who feel they don’t need permission. Mostly I think about the lives of the men who habitually take without asking, and I think about the many things they must receive that they otherwise wouldn’t receive because they take and expect to receive, and often do not ask. I think about the women who ask and do not expect to receive. But most of all, I think of the women too afraid to ask.

And this is also not to say that women should start taking things without asking, but that we need to consider the ways in which we view a woman as suspect for asking, while not viewing men as suspect who fail to ask.

Don’t get me wrong. I think both men and women struggle to ask for anything. Everyone has trouble asking. Palmer expected her viral TED talk to resonate with artists who struggled to ask for money, patrons, and help, but the unexpected result of her TED talk was that it resonated with a diverse crowd of people: nurses, newspaper editors, chemical engineers, yoga teachers, truck drivers, nonprofit coordinators, architects, and freelance photographers. Palmer writes: “Everybody struggles with asking.”

Even Amanda Palmer. In The Art of Asking, she writes about how, on the night before her wedding, Palmer, the woman who could ask strangers for help and money when she worked as a street performer, the woman with the million dollar Kickstarter found herself unable to sleep, and unable to ask her husband for financial help.

She writes: “From what I’ve seen, it isn’t so much the act of asking that paralyzes us—it’s what lies beneath: the fear of being vulnerable, the fear of rejection, the fear of looking needy or weak.”

To ask for help isn’t to admit defeat. Palmer explains in The Art of Asking, “some of the most powerful, successful, admired people in the world seem, to me, to have something in common: they ask constantly, creatively, compassionately, and gracefully.”

At the core of the fear of asking is the fear that we don’t deserve what we’re asking to receive. And this is where I get back to thinking about the men who pet my dog without asking, the men who believe they deserve to pet my dog as a fact of their existence, the men who don’t think that they need to ask. What does it mean to go through life thinking you deserve so much?

As I sat in that bathroom, crying, not telling anyone anything about the truth of what my life had become, there was a small or perhaps not so small part of myself that believed I deserved to be there, though I remember saying over and over, “I don’t deserve this.” And while “I don’t deserve this” isn’t quite “I deserve better,” it was a start.

The Art of Asking begins with belief. You must first believe you deserve to have what you are asking for. Slowly, I’m seeing that I deserve good things in my life.

I believe I deserve peace, security, respect, loving kindness, authenticity, community. These things aren’t always given to us. We need to ask for them. I pray daily for security and take steps to get it. I have asked for community, and I am building it through an online poetry workshop and forum where I have met several writers passionate about their work (Do you want to join us? You can! You can try it for a week free by clicking here).

I believe I deserve a healthy, kind, embracing love that isn’t afraid to ask for anything and isn’t afraid to hear no. I still believe it can exist. I’ve met men that are helping me see that this is true. But this time, I’m not choosing them, at least not right now. I’m not choosing them because I deserve to choose myself first. Being single is forcing me to learn how to ask for help from my wider community. Slowly, I’m learning that asking doesn’t need to be scary. Asking for help means first asking myself what I believe I deserve. It means embracing a more expansive vision of what I want and being unafraid and willing to fearlessly ask for it.

In the meantime, I keep re-reading The Art of Asking. 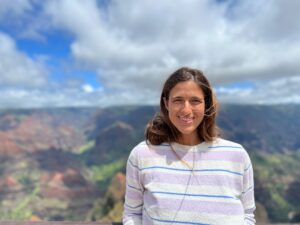