On Saturday, I tuned in to watch the first women’s heats of the Margaret River Pro as they were livestreamed on YouTube. I wish I could tell you about how Tatiana Weston-Webb’s committed turns in well overhead surf impressed me, or how thrilling it was to watch the women take critical drops in poorly-groomed and large conditions. Or, how I watched in horror as Stephanie Gilmore paddled diagonally to avoid a bomb cleanup set that gave me flashbacks of what it felt like to be caught inside on a bigger North Shore swell last winter. Instead, as I watched the YouTube livestream, I found myself reading unmoderated comments that flashed down the screen. What I saw infuriated me, disturbed me, and ultimately led me to turn off the livestream altogether. This is not because I don’t enjoy watching women’s surfing. It was because I was appalled at what I saw.

Watching the opening heat of the Margaret River Pro meant enduring a constant trickle of hate speech, sexually harassing language, and commentary that would perhaps only pass in the most male-dominated of sports bars in the most backwater of backwater places in America. While I understand that such hate speech is not uncommon on social media or the internet, I was appalled that the World Surf League would permit these kinds of unmoderated comments to populate their YouTube livestreams. I was horrified that the World Surf League would essentially condone this kind of bullying of their female athletes.

The kind of free-for-all I witnessed is irresponsible at best and a liability to the sponsors at worst. I hardly think Boost Mobile or Corona want to be associated with misogyny, transphobia, and sexually demeaning language. But the fact that the World Surf League won’t turn off their comments on YouTube videos or at least have someone moderate public commentary before it goes live is downright shocking.

YouTube has recently pledged to disable all comments on videos featuring children to protect children from predators. We already know that female athletes are at greater risk of online bullying. See the recent articles on Outside Magazine about social media bullying that professional skier Caroline Gleich experienced, or the bullying experienced by professional rock climber Sasha DiGuilian by another professional climber. In the case of the climbing community, the backlash was fairly swift. But not all sports protect their women athletes from bullying or harassment equally, and it’s disappointing to see that the World Surf League permits the kind of unmoderated hate speech and bullying I witnessed on Saturday to proliferate.

Many major media outlets disable their comments to protect their audiences. NBC News appears to disable its YouTube comments. Women’s gymnastics appears to do the same. Even the Late Show with Stephen Colbert disables comments.

I believe there are many women who want to watch women’s surfing. I am certainly one of them. But if watching women’s surfing means enduring this kind of bullying and commentary, the World Surf League will find itself hard-pressed to draw a larger female audience. After all, there are reasons why I don’t spend a lot of time on message boards or certain darker neighborhoods of Twitter and Facebook. Like most women, I understand that it’s important to protect my space from certain kinds of hate speech, misogyny, and bullying. I know it exists, but I simply don’t have an infinite reservoir of tolerance for hate. No one does. This is why I block certain people on social media. This is why I turn off the comments on my blog. This is why I don’t spend time on Reddit.

I believe strongly in free speech. If the trolls want to troll away in their little island of hatred in some Twitter or Reddit island, that’s their prerogative. However, when I tune into larger media venues, I expect some degree of moderation, some degree of decorum. You don’t watch professional football and expect to hear unfiltered profanity, and in the same way, when I tuned in to watch women’s surfing, I didn’t expect to encounter a sample platter of the worst misogynistic hate speech of the web.

A woman should be able to crack open a Corona on a Saturday morning to watch women’s surfing without having to endure the kind of hatred, transphobia, and misogyny I saw. When watching women’s surfing means enduring sexually demeaning comments about Tatiana Weston-Webb’s body; when it means seeing a barrage of transphobic hate speech that speaks derogatively to the trans female experience (it’s hard enough for trans athletes to participate in sports); when it means enduring the peanut gallery of men demeaning women’s surfing in general, it’s pretty upsetting.

Women surfers work hard. If a professional commentator said the kind of things about Tatiana Weston-Webb I saw flash down my screen in the comments, he or she would likely be fired. I don’t see why the World Surf League should hold what it permits to flash down its commentary screens to a different standard.

I won’t repeat verbatim here the misogynistic, ableist, and offensive drivel I saw on display while watching the women’s heat on Saturday morning. I’ll only say that in the twenty or so minutes I stomached watching the Margaret River Pro women’s livestream, various trolls had free range to debate which competitor was “hottest” and lament the fact that the women were wearing wetsuits instead of bikinis, while another commentator compared women to dogs, and others commented on trans bodies in a derogatory manner.

I wasn’t alone in my shock. A few women and men tried to combat the trolls, but combatting trolls is like swatting mosquitos. Even if you squash one on your arm, there are always two others biting your foot or your back. One woman expressed shock and disbelief, adding her voice to the mix. Other men rose to the defense of the female surfers. I wanted to do the same, but figured I’d just write this piece instead.

I want to watch women’s surfing so I can marvel at what hard-working women can do in challenging and powerful surf. It is inspiring.

It’s disappointing that I had to endure the worst that the internet has to offer in order to watch it. 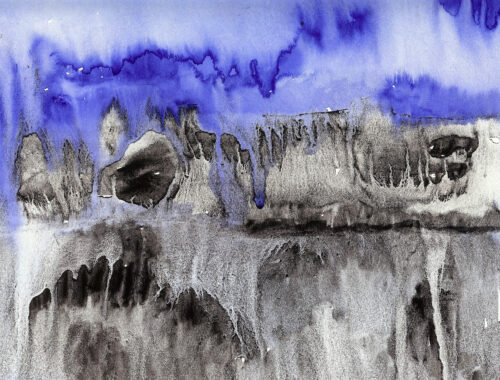