I want to start this review of Dusk, Night, Dawn, with a caveat. I love Anne Lamott. Her book, Bird by Bird is one of the best contemporary books available on the craft of writing. If you’ve never read Anne Lamott before, start with Bird by Bird, lest you find yourself disappointed. When I learned that Anne Lamott had released a new book, Dusk, Night, Dawn, I was thrilled, and looked forward to reading it. Unfortunately, Dusk, Night, Dawn fails to live up to the high expectations of Bird by Bird, and I found myself whispering “OK boomer” into the margins of her book so many times, that I couldn’t help but feel like I was being a little unkind. But when a writer opens her book with the UN report on climate catastrophe, I expect a little more than to read a book filled with re-told Bible stories (to offer messages of hope) and glossed-over praise of Greta Thunburg. Lamott says her generation has money and has successfully engaged in activism before, but she doesn’t offer a vision for how her generation’s money or activism can be used to prevent the climate catastrophe she so frets about in the opening chapters. She writes about a generation’s lost hope, but offers nothing short of faith as a solution. I may be wrong, but I demand more of writers, especially popular writers, tackling the topic of climate change. At the very least, I expect more than just fear and trembling. And while I can’t disagree with Lamott’s request that we all be a little kinder to one another, she failed to fully clarify how all this relates back to climate change, or how kindness will solve our rapidly warming planet. I think Lamott missed an opportunity. She certainly has the platform.

Lamott opens the book with the reality that climate change will likely be the undoing of humanity. She’s right. If we do nothing, we’re looking at destruction on a global scale. One million species are likely to go extinct. To make matters worse, I just read an article in the New York Times about the weakening of the Gulf Stream; the article is terrifying. In short, the Gulf Stream, a current of hot water that follows the paths hurricanes take from the west coast of Africa towards Florida and then north towards Iceland and beyond to Britain and the North Sea, is breaking down. This is a big deal because it means the breakdown of a global transfer of energy that keeps colder regions of the world, like Britain and Europe, warmer than they would otherwise be. The New York Times reports that in the past, when the Gulf Stream shut down, parts of Europe were plunged into temperatures that averaged 15 degrees Celsius cooler than they are now. And the Gulf Stream didn’t just affect North America, South America, and Africa. Reports indicate that the effects were felt as far as China. Because of melting ice in Greenland, a “blob” of cold water is impeding the flow of warm water toward Britain, and the blob even sometimes drifts downward toward New York. We don’t know the threshold at which the Gulf Stream will break down. It is too early to tell.

Lamott writes that “stories can be our most reliable medicine” and I agree. She writes that she believes that the solution to these problems will “be local, grassroots, and it will be magnified as more people wonder whether maybe they can help…Look around and see whom you can serve.” She trusts that science will save us, but I think that the time for patiently waiting is over. And I expect more from our leaders and writers. At the very least I expected that she might urge her readers to conserve energy, think about walking and biking more, and maybe recycle.

The book is just scattered. The center does not hold. Lamott writes about women who got sober. She writes about herself getting sober in “the darkest summer of my life” and much of this writing is quite moving. She writes about self-forgiveness by telling a story of a woman who killed a pedestrian while drunk driving. She writes about the healing power of helping other people. The fact that Lamott is capable makes this book all the more disappointing.

The first half of the book is actually quite good. She writes about the “disconcerting” effects of intimacy, “how devastating the potential for loss that’s inherent in it.” She writes honestly about hating her husband and loving him so much she often panics that he’s going to get a cancer diagnosis and die. As someone who suffers from anxiety that flickers in and out like a candle in the wind, I can relate. As someone who always imagines the worst possible outcome, I found myself nodding along when Lamott writes about waking up to find her kitten missing and quickly assuming the worst. Spoiler alert: everything turns out all right in the end. If only this were just a book about intimacy.

Lamott writes beautifully about how we can live with evil, and ugliness, and yes, pollution, when she describes how she takes her Sunday school class to clean up a beach. They take the garbage and treasures they have found and lay them before the altar, to admire the garbage and the wonder, all gathered up at once. She finds a nautilus shell, how the spiral of the shell is a wonder, how “if something is allowed to grow the way it was designed to, it works…” and the marvel of its shell is marvelous but the “life inside” is “what makes it sacred.”

The first half of the book, while scattered, kept me reading. It was the second half of the book that made me want to put the whole thing down. Greta Thunburg reminds us that our house is on fire, but rather than reaching out to Thunburg (I imagine Lamott as someone who might have the connections and the pull to make this happen; I could be wrong), Lamott’s choice is to tell the story of Elijah in the wilderness, which, yes, is a wonderful metaphor about the importance of taking time to listen to nature and receive its wisdom, but falls a little short of a solution to me. I’d much rather read about Thunburg, or the many heroic teens trying to save the planet, than some old Bible dude in the wilderness. Of Elijah, she writes: “He needs time alone—in silence, in the desert, on the mountain, on the beach, beneath the stars…” She adds: “The best we can do is to help the poor, get some rest…” Yes, we need to help the poor, and yes, we all could use a little extra rest. But this is where Lamott loses me. We’re not going to solve climate disaster by getting rest. And while we all could do well for ourselves to spend more time in nature, this is not the “best we can do.”

And so, I whispered okay boomer, over and over. Lamott complains about how the young are angry at “us” but “the scientists, public health doctors, moms, grannies, and high school kids are on it.” Really? They’re on it? Someone else? She explains: “I have a doctorate in morbid reflection, and a grave anxiety disorder, which is not ideal for our times as we join hands to turn climate change around.”

How exactly, are we joining hands to join climate change around? So far, I don’t see a clear answer in Dusk, Night, Dawn. But I waited, patiently for one. The answer never came.

Many of the essays that filled the second half of the book would have been better left out. We’re forced to sit through a crappy performance with our essayist (literally and metaphorically)—maybe Lamott succeeded at what she was trying to convey? The essays serve the platitudes that fill them, rather than the other way around. They either cover ground that has been covered before, or could have been more easily folded into other sections where Lamott writes about anxiety and its personal toll.

This may be less a book about activism and more a book about how to live resigned to a dying planet: “You discover everything helps you learn who you are, and that this is why we are here. You roll your eyes at yourself more gently. You sigh and go make yourself a cup of tea.”

Okay boomer, I think we need to make the damn tea and maybe think about how we’ll use our platforms to better serve the causes we care about.

I don’t want to be resigned. I don’t want to rely on faith alone. If you’re going to write about climate change, I think you need to do more than just hope that the high school kids will figure it out. 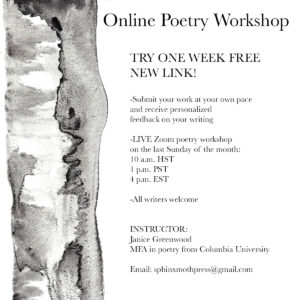 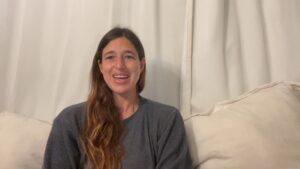